here´s a new soundport that I just made for a steelstring. Its a handdrawing, more or less made on the spot.
I will now offer special inlayed soundports on my 1A guitars. 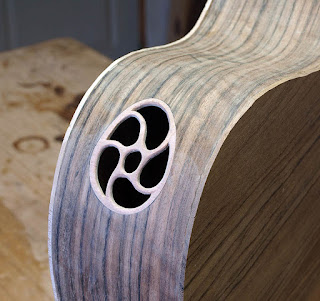 Between French polishing sessions, and other projects, I have slowly started the building of guitars 106, 107 and 108. So far I´ve made the headstock, joined the soundboard, made the rosettes, and taken the soundboards down to final thickness. The 3 guitars are really sisters. 3 pegheads with the same scale and nut width, but each one has its little pecial thing.

#106 is going to Germany and it´ll have geared pegs from pegheds.com 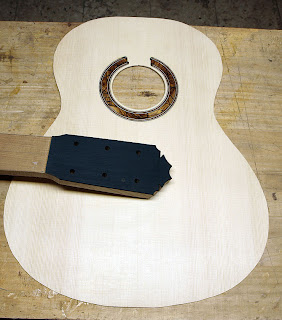 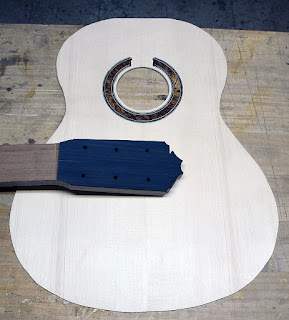 #108 is going to Australia and its going to be orange: 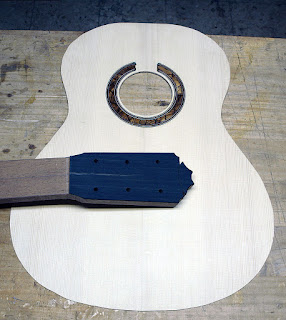 The soundboards are from the same German spruce tree, so they´ll share some genes there.

A Hornpipe and 2 reels on the new fiddle

A Bouzouki came by for a minor reparation

This is Sergios Irish bouzouki. Its made in California and it suffered when he took it from humid Peruvian coast land to dry Peruvian highlands. So it got a little crack in the soundboard from the bottom to the lower brace. Nothing serious, but better to glue before it dirt enters. I glued the crack and reinforced with two small wood  "diamonds". They can be seen in the photo with the light bulb. (below left) 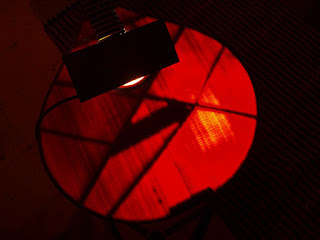 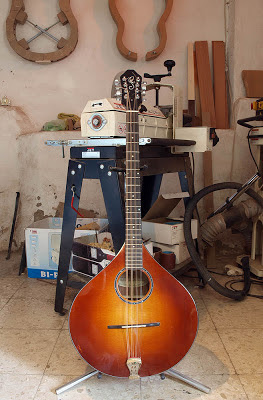 Here´s a look into my steelstring guitar before closing the box.
As you can see, I glued the two lower braces the wrong way. So I had to chisel, plane and scrape them off and then make two new ones and glue them the right way. If not, it would have been a lefthand guitar, which is not what I want.
The body shape is my own interpretation of what is called Orchestra size. The bracing is a copy of a Martin OM and the body debth is the same as that one. 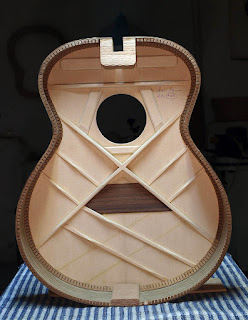 Violin has strings on

Well, here´s the violin with strings on.
The violin is very nice to play. Strobels book says main air resonance around a C and I was lucky to reach a C minus just a few cents below, which I think is better than a straight C in order to avoid wolftones.
The violin is very balanced with the 3rd string a little bit weaker. The 4th string is big and warm and the 1st and 2nd are fast and bright. Just like I wanted actually.
It´ll change. It still smells very strongly because the lacquer is not totally dry. Lets see how it sounds after a warm summer. 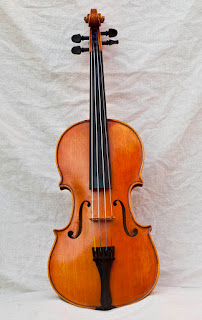 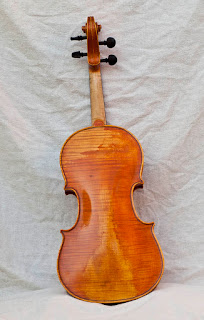 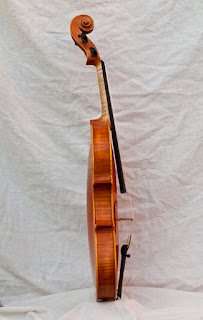 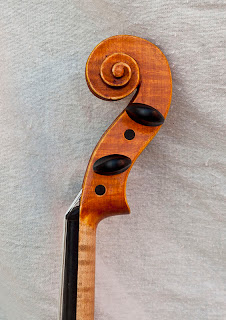 numbers 103 and 104 ready to be French Polished

Here´s #103, an Indian Rosewood negra, with Pau Ferro bindings. Its going to be natural color. 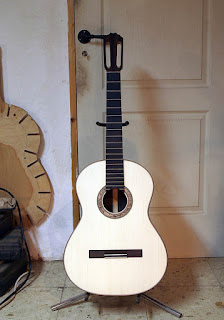 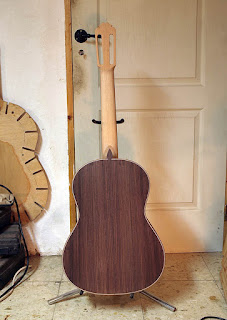 And # 104 is a Blanca with an inlayed soundport. Its going to be orange. 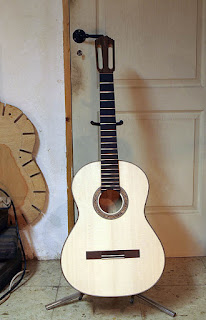 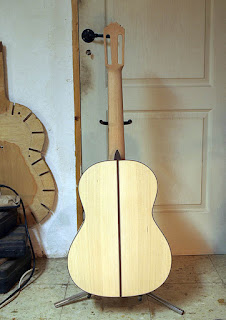 So here is number 101, a Panama Rosewood Negra with an inlayed soundport. Its going to be natural color. 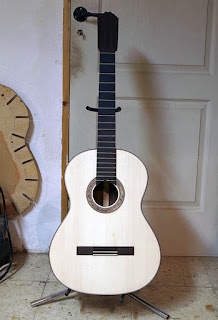 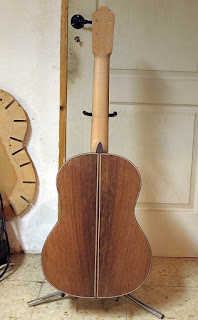 And here is # 102, a 2A blanca that will be deep orange. It will be for sale when finished. 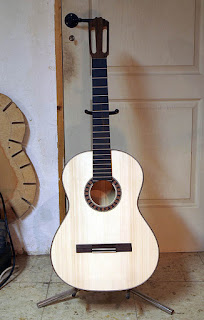 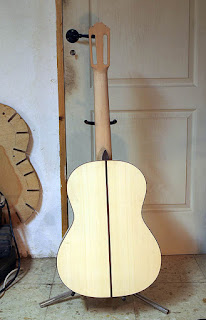